Football club is run by the South West Saints every Wednesday Lunchtime.

Morchard entered two teams in this local competition, a predominantly year 6 team and a year 5 team. Both teams played very well, with the year 6 team winning their opening matches convincingly, the year 5s were competitive but didn't have things all their own way, winning 1, drawing 1 and losing 1.  The next match was Morchard v Morchard, this was very close with the year 6s winning 2 -0. The final match was Morchard v Kings Nympton, who had also remained undefeated, so the winners would be champions. Morchard took the lead through Tom C, but were almost caught out on the counter attack when a fine Tom A save kept Morchard infront. As the game progressed, Morchard began to dominate and Casey G added to his tally of goals to ensure a Morchard victory. 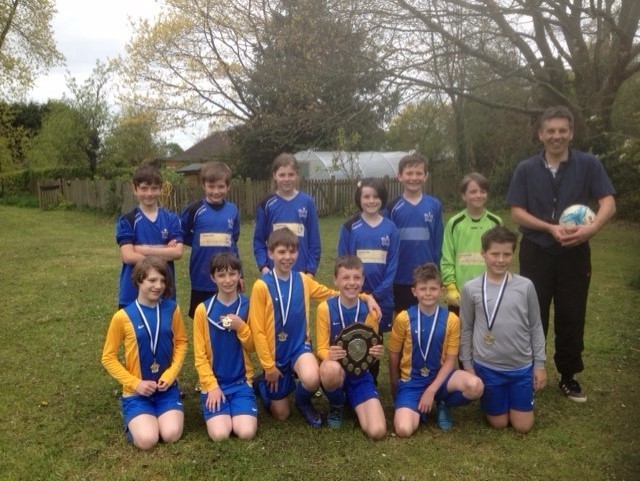